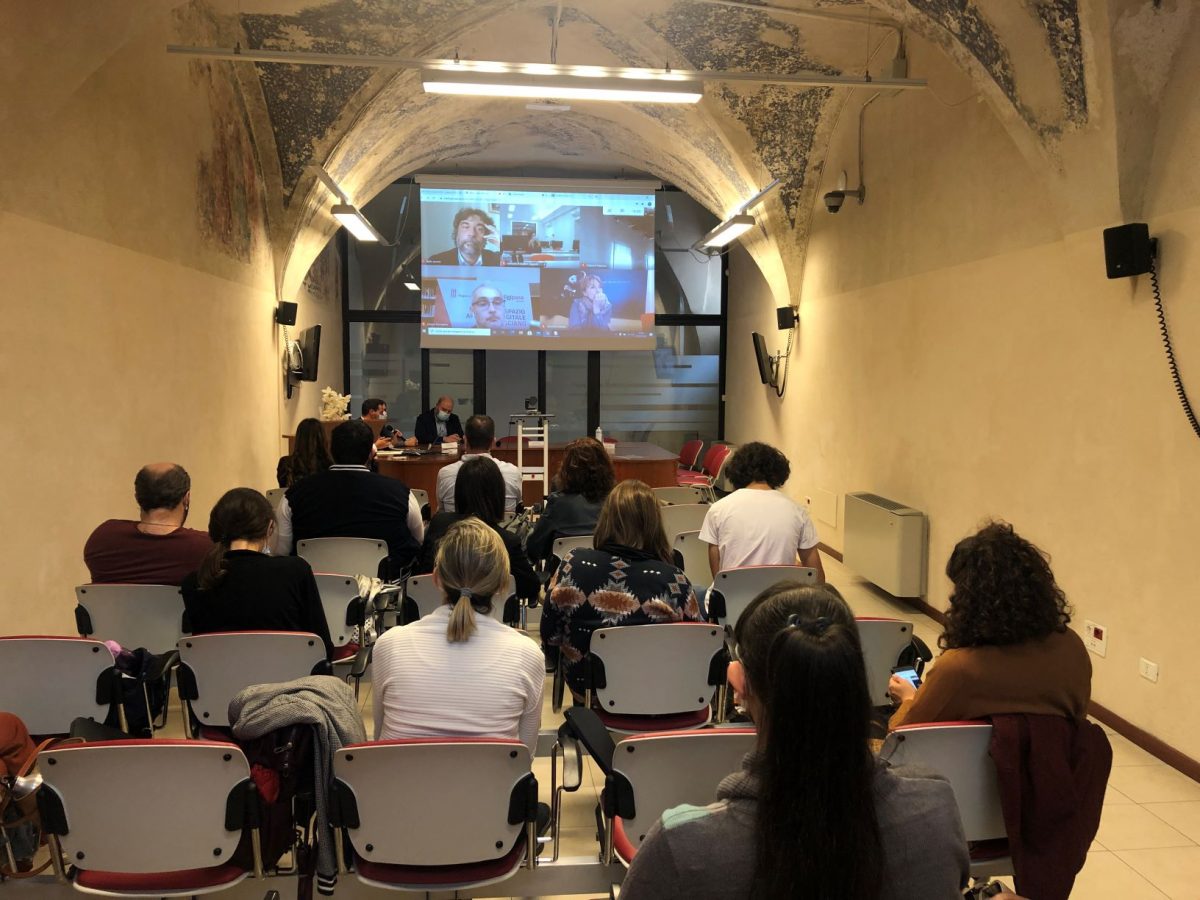 The multiplier event held in October 2020 in Foligno (Italy) was the opportunity to share the results of the Open-AE project and create meaningful connections with relevant stakeholders in the field of digital skills, adult education and FLOSS culture.

The event was held on the first of October 2020 at the DigiPass hub in Foligno which is based next to CSF premises. During the extraordinary circumstances caused by Covid-19, the event was held in a blended and spread format: the main event was organized in presence in Foligno and streamed online. At the same time, other DigiPass hubs organized the simultaneous events in their centers and streamed the main events. This allowed to have smaller events in presence with the facilitation of DigiPass staff.

After an initial presentation of the DigiPass and Repubblica Digitale initiatives, Luca Pagliaricci introduced the Open-AE project’s results to the audience. The synergies between the Open-AE projects and the FLOSS approach were deeply highlighted during the event especially with regards to public and open initiative that would very much benefit from it.

Despite the limitations due to the Covid-19 emergency, no major deviations were reported in the organization and implementation of the event. To cope with the limitations, different and simultaneous events, online and in presence, were organized in the region thanks to the DigiPass network and its hubs thus avoiding great gathering of people and increasing the impact reaching a wider remote public.