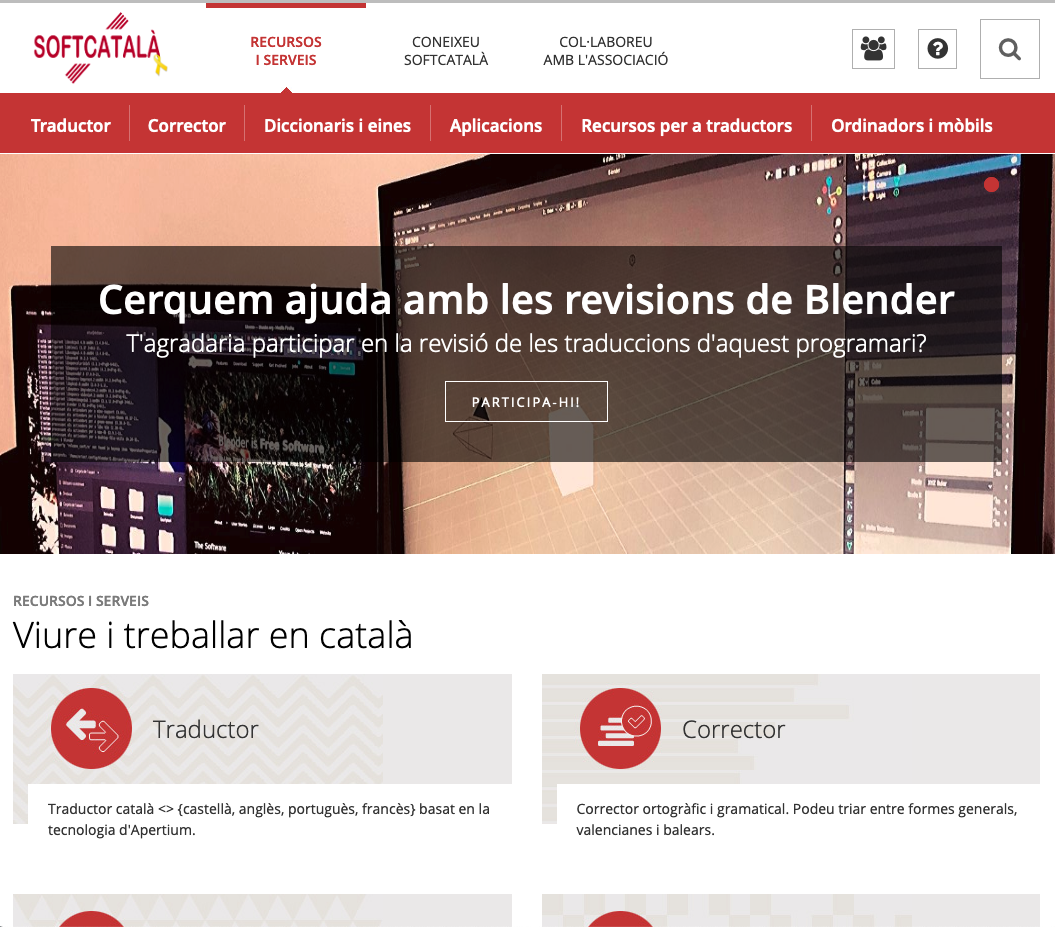 Softcatalà is a Catalan non-profit whose main objective is to encourage the use of Catalan in digital environment (computer software, the Internet and new technologies) and they focus on FLOSS technologies. It has been operating for more than two decades. Thanks to Xarxanet.org (Xarxanet.org is an online portal that serves as collaborative and volunteer network of Catalonia and operates in Catalan language) we were able to learn more about the organisation and their work.

In this interview, Toni Hermoso, Joan Montané and some other colleagues explain the tools they use and how they organize their community of volunteers.

What social and volunteer capacity does Softcatalà have?

It is hard to say. At Softcatalà everyone is a volunteer. The core group of the association is represented by 25-30 people. Then, in the different translation or development projects, other people also participate (we would like even more people to join us) and they collaborate with different levels of involvement. An exceptional example, around 5,000 people took part in the Common Voice project (Common Voice is a project of Mozilla that is building a free database of speech recognition software).

What projects are you currently working on?

The recent projects that we are promoting are the creation of a free corpus of Common Voice voice recordings and a free neural translation engine between English and Catalan.

How do you organize yourself digitally?

We use private mailing list for important things and announcements, but for day to day we use Telegram groups. For the projects, we have been withdrawing from the mailing lists. Currently we use quite a few Telegram groups. We have a group for the general public, thematic groups for projects and two for private ones (SC stuff and off-topics / tavern)

What tools do you use for translations?

There are members who prefer to work locally, with specific applications such as poEdit or even text editors such as Vim. We also generate quality reports for all translations, using LanguageTool and pology, which allow us to continuously improve the quality of different projects.

Do you work with GitHub? What do you use it for?

It is the place where we publish in an open and accessible way for everyone the associated code of practically all the projects that we maintain: proofreader, Softcatalà website, time converter, neural translator, translation memories, numbers in letters, Catalanitzador … The platform allows the collaboration of different people in the same code (both by Softcatalà regulars, and potentially also by third parties).

A few months ago we are also starting to work with an internal Gitlab instance (a platform similar to Github, but with an open source version that allows it to be installed on the same server), to manage the configuration of the different services, which we are progressively migrating to software containers powered by Docker.

Aside from development, is GitHub useful for a regular entity or organization?

GitHub features allow you to use it as a wiki space and as a public discussion forum. We know at least one entity that does this: Liberapay. Thanks to its incident recording functionality it is also possible to use it for project management, for example through “kanban” type panels (as popularized by Trello).